Business Owner Criticized for Not Firing in Person

Being an employer these days can be tricky. The job requires constant juggling. Add to the mix the volatile economy, a litigious society and an employer can be on his toes much of the time, constantly juggling a million different things. 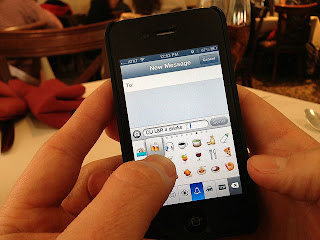 But Gregory Kennedy in Orlando, Florida isn’t getting much sympathy after he fired all his employees via a text message.  Perhaps that’s because he did this on the Fourth of July holiday. And he still owed them their last paycheck.
Oops.
The possible error in judgment has caused the owner of Barducci’s Italian Bistro to get a public flogging via social media, where the news of how he treated his employees is continuing to make the rounds.
“I unfortunately need to inform you that I have been forced to close Barducci’s effective immediately,” he texted his employees, according to a report in WFTV.
Kennedy responded to criticism with another text:  “Unfortunately businesses are forced to close across Orlando every day especially in the restaurant sector.”
Most people have been heaping negative comments upon Kennedy but a few have sided with him.
“Ridiculous. Do you expect him to hold an all-hands meeting with a catered breakfast?” wrote one supporter.
Unless there is more to the story than we know, Kennedy wouldn’t be accused of breaking any laws in New Jersey for firing his employees via text. But there are other laws that would apply in this situation.
Under New Jersey labor laws: