The estate of Dina Wyckoff of Franklin Lakes, NJ was recently awarded $1.28M. The suit alleges that doctors did not treat Wyckoff properly, ultimately leading to her death by cancer in August 2016.

The lawsuit asserts that doctors, including staff from St. Clare Hospital in Denville, NJ neglected to take a proper biopsy from Wyckoff in 2013. The results of the biopsy indicated that Wyckoff was cancer-free. As a consequence of this negligence, her then-treatable cancer progressed to a terminal state. According to the attorney representing her estate, if the cancer was found in 2013, Wyckoff would have a 50-68% chance of living at least five years.

Medical malpractice is a leading cause of wrongful death cases. Unfortunately, while we typically expect hospitals and doctors to treat us with optimal care, this is not always the case. There are a plethora of errors that medical professionals and institutions make regularly, including issues with surgical techniques, anesthesia, birth injuries, and bedsores. In fact, it is estimated that there have been over 300,000 premature deaths attributed to medical malpractice in the United States each year.

END_OF_DOCUMENT_TOKEN_TO_BE_REPLACED

Since the new year and month of January often mark a spike in divorce rates, it is important to remain cognizant of financial strategies to consider after a divorce has proceeded. Following these tips will help to create peace of mind after the stresses of a divorce.

After a divorce, it is important to fully separate joint checking accounts as well as shared credit cards. Experts suggest requesting an account suspension if a credit card balance cannot be paid off. It is important to replace these accounts with new ones. Especially considering the financial strain of a divorce, it can be wise to responsibly use a credit card of bridge loan to help with expenses in the short term. It can help to make a list of shared accounts while married and replace this with individual accounts.

END_OF_DOCUMENT_TOKEN_TO_BE_REPLACED

On December 28, a 55-year-old pedestrian was struck by a driver while traveling in Carlstadt in attempts to catch a NJ Transit bus. According to authorities, the man was crossing the highway after leaving his shift at a nearby gas station. The accident occurred at a busy four-way intersection. The driver who hit him was traveling north, and had the right of way. It appears that the victim did not obey the walk signal.

It is dangerous crossing the street due to overly aggressive drivers in New Jersey. Unfortunately, innocent pedestrians sustain serious and permanent injuries or even death caused by negligent drivers. In fact, the Center for Disease Control and Prevention estimates more than 130,000 hospitalizations for crash incidents inflicted on pedestrians. Pedestrian accidents can often bring harmful physical consequences with them including fractures, brain injuries, as well as paralysis and injury to internal organs.

The speed of the driver at the time of the collision has a strong effect on victim fatality. For example, while the chance of victim fatality during a 20 mph collision is only 5%, this figure increases to 85% when the speed of the collision is 40 mph. If a pedestrian is struck while walking in a designated crosswalk, liability on the part of the driver is clear. Drivers have a duty to stop for pedestrians in a crosswalk.

END_OF_DOCUMENT_TOKEN_TO_BE_REPLACED

Eighteen New Jersey medical professionals have faced legal trouble during the past year due to reasons such as opioid, sex, fraud, or stabbing charges involving patients. Some of these cases include a registered nurse who stabbed a 10-year old autistic child with a needle when he was behaving disruptively. The nurse, Naomi Derrick of Sicklerville, supposedly threatened the autistic child with a needle while he was being hospitalized in an Atlantic City psychiatric unit.

According to reports from the Office of Attorney General, Derrick stabbed the child at least six times throughout the duration of the 12 hour shift. Derrick’s conduct was recorded using a security camera found in the room, which revealed footage of her stabbing the child on his “upper arm, thigh, kneecaps, [and] foot and hand” resulting in an accumulation of blood droplets. Derrick claims she did not actually stab the child, but did admit to using the needle as a threat to encourage good behavior.

Other cases of poor ethics in the New Jersey medical community include individuals who have been accused of taking bribes, such as the case of a Bergen County pharmacist, Eduard Shtindler, who is charged with conspiracy for health care fraud. Shtindler supposedly paid kickbacks to a Hudson County based psychiatrist in order to provoke the doctor to direct his patients to the pharmacy that Shtindler owns in West New York. This scheme resulted in nearly $3 million worth of medications prescribed by the doctor which were filled by Shtindler’s pharmacy.

END_OF_DOCUMENT_TOKEN_TO_BE_REPLACED

As with any relationship-conflict, divorces exist on a wide spectrum of high and low conflict. Generally, many low-conflict marriages can result in low-impact divorces, while high-conflict marriages typically lead to high-conflict divorces. When trying to assess the conflict level of your relationship with a partner that you are going through a divorce with, consider these factors:

Low-conflict marriages are typically low-conflict divorces. As such, these divorces can sometimes be settled with meditation, which can be a less expensive alternative to divorce. A successful mediation can result in a friendly divorce after proceedings. Alternatively, high-conflict divorces often require more significant litigation in order to protect assets and secure favorable custody agreements if children are involved.

END_OF_DOCUMENT_TOKEN_TO_BE_REPLACED

According to officials, Beaucejour was aware of McClain’s fall and consequent head injury on August 13, 2019. However, despite McClain’s declining medical condition, Beaucejour neglected to find assistance, and instead blamed the fall on another patient who was suffering from dementia. In fact, she left McClain alone and re-entered the room nearly thirty minutes after the fall, while pretending that it was her first time seeing McClain in the deteriorated state. As a result, McClain suffered three deep wounds on her head, a broken neck, and a brain bleed. For this reason, Beaucejour is currently being charged with reckless manslaughter, obstruction, and neglect of the elderly.

The Waterview Center has responded to this incident claiming that, “We are very concerned about this incident as the safety and well-being of our residents is our highest priority…”. Despite this statement, this incident shines a light on the rising amount of nursing home abuse cases in both New Jersey and the United States.

END_OF_DOCUMENT_TOKEN_TO_BE_REPLACED

After three months of hospitalization for schizophrenia, a 29-year old New Jersey resident Michael Vecchio has passed away after facing starvation for thirty days. Consequently, his mother Beth is suing the facility,Greystone Park psychiatric Hospital in Parsippany. The suit, filed by the patient’s mother, accuses the facility of wrongful death and negligence.

According to the hospital staff, Michael refused to eat because he claimed that he was a “‘Zen master’ and like Gandhi, would not eat”. Michael’s family is asserting that the facility should have still provided Michael adequate care given the fact that he was actively psychotic and thereby incapable of making appropriate medical decisions for himself. Unfortunately, following the irrational demands of patients is often the case in many instances of neglectful care.

Vecchio’s death is only one example of the many cases of negligent care for mentally ill patients. For example, many poorly operated care facilities use the patient’s refusal of care as an excuse to not perform their job properly.

END_OF_DOCUMENT_TOKEN_TO_BE_REPLACED

A divorce can often be a tiring and complicated process for a family. When embarking on this often long and arduous process, it is essential to consider best practices to take in order to maximize legal protections during the divorce process.

Here are some tips that can be taken in order to maintain a strong position during a divorce lawsuit:

END_OF_DOCUMENT_TOKEN_TO_BE_REPLACED 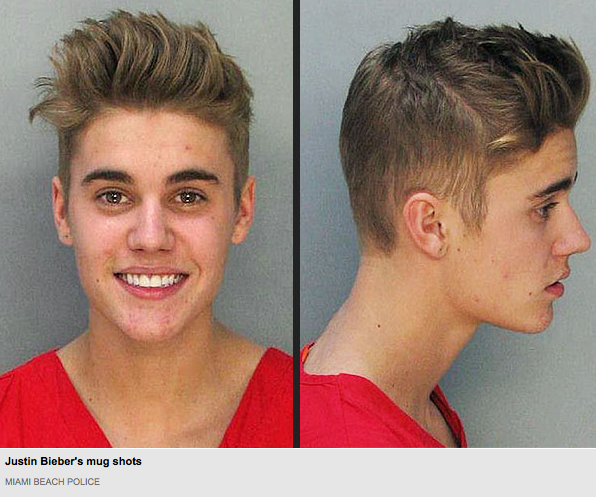 Is Justin Bieber’s Criminal Activity That Different Than Your Teen?

What did you do in High School and College?  Just saying.  Recent statistics point to a well known fact.  Teen boys get in trouble.  The statistics pointed to the reality that arrests in this age group are increasing.  Teen boys have been getting in trouble for decades.  The alarming trend might be that teen girls are now getting into more criminal activity than in previous generations.  Bieber was picked up by Miami Beach police for drag racing, driving under the influence (admitted to alcohol, marijuana, and prescription drugs), and resisting arrest.  What are the chances that your teen might end up with similar criminal charges?36.4% of high school seniors used marijuana in the past year8% report using synthetic marijuana in the past year15% report using a prescription drug for a non-medical reason5% used cough medicines to get high26% of high school seniors report getting drunk in the past monthStatistics from http://www.drugabuse.gov/publications/drugfacts/high-school-youth-trendsIf you get that call from your teen, you are well advised to seek the help of an experienced criminal defense attorney at Aretsky and Aretsky.  As a boutique firm, we give highly personalized service.  Below you will see the cell phone numbers of our senior attorneys.  Call us 24/7 to discuss your case.