It is going on six months since the coronavirus (Covid-19) pandemic and subsequent economic shutdowns changed life as we knew it for most New Jerseyans and Americans. Millions of earners have suffered a substantial loss in income, including those obligated to make regular spousal support payments. You might be wondering how if at all the pandemic crisis affects your New Jersey alimony requirements, but it’s critical that whatever your situation, you not cease making your obligated support payments before you speak to an experienced Bergen County family law attorney.

Under state statute, as a payor you can request modifications to your payment obligations if you have a significant change in your financial circumstances, but it’s complicated. During normal times, “temporary” reductions in income have usually not been considered sufficient to qualify for alimony payment modification by New Jersey family courts. The million-dollar question in light of the current crisis is: what is considered temporary? With the unprecedented uncertainty surrounding the Covid crisis, legal practitioners and others are wondering how such matters as spousal and child support should be dealt with.

END_OF_DOCUMENT_TOKEN_TO_BE_REPLACED

People’s financial and medical situations change. Some of these changes lead to the need to modify an alimony agreement. In July 2017 the Superior Court of New Jersey, Appellate Division, heard a case on appeal from the Superior Court of New Jersey, Chancery Division, Family Part, Camden County. It involved an ex-husband’s request for a reduction in alimony based on a change in circumstances due to the loss of his job. The Family Part judge had refused to grant the modification.

The case in question was Beden v. Beden. Mary Beden and Lance Beden had been married for about 30 years when they divorced in 2010. Their property settlement agreement stipulated that Lance would pay Mary $800 per week in permanent alimony. This alimony was to stop only upon the death of either party or the event of Mary’s remarriage.

Lance fell behind in his payments, and in October 2014 Mary went to family court to have his alimony obligation enforced. The judge ordered Lance to pay what he owed and to sell the marital home the couple had shared in order to meet his obligations. Lance did not appeal this decision but neither did he comply.

END_OF_DOCUMENT_TOKEN_TO_BE_REPLACED

One of the reasons cited for the change was to give supporting spouses the ability to determine what their financial situation will be upon retirement before making a final decision on when to retire. However, the meaning of the term “prospective retirement” was left open to interpretation.

In April 2016 the concept of “prospective retirement” came before Judge Jones of the Ocean County Superior Court, Family Part, when the case Mueller v. Mueller was brought before him.

END_OF_DOCUMENT_TOKEN_TO_BE_REPLACED

According to a decision published by the New Jersey Appellate Division in September 2016, a couple’s habit of saving regularly should be taken into consideration when determining alimony.

For many years, New Jersey case law has recognized that a savings component of alimony is sometimes necessary in order to protect the dependent spouse. Including enough in alimony so that the recipient can save some of the alimony each month, allows that spouse to build up a safety net in case the spousal support stops or decreases.

END_OF_DOCUMENT_TOKEN_TO_BE_REPLACED 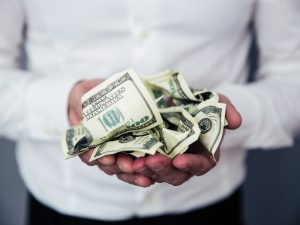 Suppose that for the past three years you have been receiving a certain amount per week in alimony. Next suppose that your ex-husband loses the job he held for twelve years. Further assume that he accepts a lower-paying job.

Now imagine that you are the one who has been making the payments. You lost a job that you held for years and after a difficult search, you are offered a job that pays a lot less than you had been earning. You might feel as though you are in a no-win situation. If you accept the lower-paying job, you may be criticized for not trying harder to get a job more comparable to your previous one. On the other hand, if you refuse that job and do not get another offer of employment in a timely manner, you might be admonished for not accepting the first opportunity.