According to the American Animal Hospital Association (AAHA), nearly five million people are bitten by dogs in the U.S. every year, many of them children bitten by pets. Dog bites can cause severe puncture wounds and lacerations, and even serious tissue and nerve damage if the bite is deep enough, and transmit diseases including rabies.

In most personal injury cases, the onus is on the person who brings the lawsuit to prove that the defendant’s negligent acts caused them measurable harm. Dog bite cases are among the few exceptions. Dog owners in New Jersey are subject to strict liability for bite injuries caused by their dogs, which means that the bite victim doesn’t have to prove the owner neglected to use reasonable care to successfully sue for damages in most instances.

New Jersey Statutes section 4:19-16 imposes automatic liability on the dog’s owner 1) when the person bitten is in a public place or lawfully in a private place, 2) regardless of any prior aggression by the dog or its owner’s knowledge of it. The owner is liable even if he or she took reasonable steps to leash or restrain the dog and even if it has never bitten or hurt anyone before.

END_OF_DOCUMENT_TOKEN_TO_BE_REPLACED

Aretsky Law Group, P.C., is proud to announce the addition of Christen Kohut Gross, Esq., to our staff.

Christen Kohut Gross, Esq., who recently joined the staff at Aretsky Law Group, P.C., earned a B.A. from Fairfield University in Fairfield, CT, and a Juris Doctorate from Seton Hall University School of Law in Newark, NJ. She served as a judicial law clerk to the Honorable Harry G. Carroll, P.J.S.C., Superior Court of New Jersey, Criminal Division, Bergen Vicinage for the 2005/2006 term.

In 2016, Ms. Gross was selected as a “Rising Star” by Super Lawyers. No more than 2.5 percent of the lawyers in New Jersey are named to the Rising Stars list. Their selection process can be viewed at http://www.superlawyers.com. In addition, in 2016, the American Institute of Family Law Attorneys selected her to their exclusive list of the 10 Best Under 40 Family Law attorneys in NJ. Their selection process can be viewed at http://www.aiofla.org.

END_OF_DOCUMENT_TOKEN_TO_BE_REPLACED

More congratulations go out to our very own Natalie Esposito Capano for winning a position on the Allendale Board of Education! 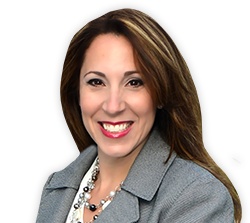 In October 2015, Natalie Esposito Capano was awarded with The Peter W. Rodino, Jr. Society Seton Hall University School of Law Excellence in Achievement Award. Our many congratulations go out to her on this incredible achievement.

Natalie is skilled in negotiation and mediation and is an experienced litigator with 12 years of experience in complex legal research, including not only divorce law, but workers compensation and real estate law.

You can see Natalie’s biography here. 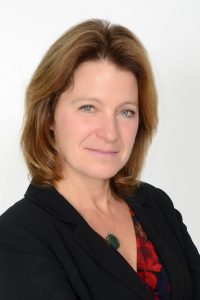