Judges Decide Requests on a Case by Case Basis
What you say on Facebook can and will be used against you. 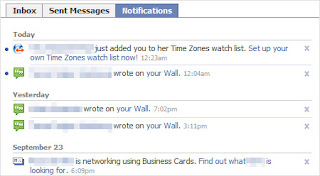 That is, if a judge believes the request for someone’s Facebook postings is more than just a fishing expedition. Information gleaned from Facebook postings and other social media communications has been allowed as evidence when judges believe that the information is directly relevant to a case and not a blatant violation of someone’s privacy.
Facebook Activity Found to be Relevant
There are plenty of cases where judges have allowed attorneys to use information from Facebook postings, evidence that is often pivotal to the case.
Just a few weeks ago, a Colorado judge ordered a man to produce Facebook postings that  could provide evidence of his alleged emotional distress and physical injury. James D. Moore is suing Denver and two city police officers for alleged excessive force during an arrest on March 25, 2008.
“Mr. Moore’s Facebook activity is relevant to his claims of emotional pain and suffering (for which he claims $750,000 in damages), as well as his claims of physical pain ($750,000) and humiliation ($500,000),” U.S. Senior District Judge John L. Kane wrote in his June 6 ruling.
Judge Orders All Facebook Postings
Moore had already produced selected portions of his Facebook postings that he said was relevant to the arrest, but the judge said in his ruling that Moore must produce his Facebook activity log, in addition to all of his Facebook postings as evidence of his state of mind before and after the arrest and possible evidence of his alleged physical and mental harm.
“Mr. Moore reputedly has chosen to share his version of events online often and in many different forums … Defendants are entitled to know of these accounts,” the judge wrote in his ruling.
Judges Don’t Like Broad Requests
However, judges do frown upon broad requests for someone’s social media communications.
A few weeks earlier, a Florida judge ruled against a request for a sheriff’s deputy social media, cell phone and e-mail communications in a wrongful death suit against Marion County sheriff’s deputies.
Vincent Salvato had sought the information in the hopes of finding evidence that could prove Deputy Norman Brown and Deputy Lauren Miley used excessive force and failed to provide timely medical care, resulting in his son’s death. Joshua Salvato died July 6, 2012 of a gunshot wound to the abdomen.
Judge Said Request Was a “Fishing Expedition”
Vincent Salvato requested all of Brown’s communications (with the sole exception of any between Brown and his attorney), but the judge said the request was a “fishing expedition.”
“(Salvato) has failed to make a threshold that the requested information is reasonably calculated to lead to the discovery of admissible evidence,” U.S. Magistrate Judge Philip   R. Lammens said in his June 11 ruling.
Photo credit: dannysullivan