Tweeting is protected under the First Amendment freedom of speech rights, but there are exceptions, especially when security is at stake.
An Alabama man is awaiting sentencing next month after pleading guilty to threatening to kill President Obama in a series of messages he sent out over the social networking site Twitter that referenced an anti-government militia group.  Jarvis Britton wasn’t found to have any connections to the militia group and he apologized for “acting stupid” in sending out the tweets, but he now faces up to five years in prison. 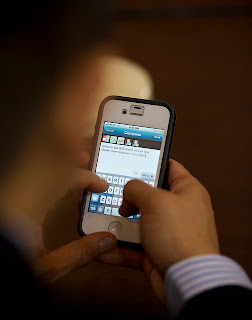 A Twitter joke that went too far
Tweets are limited to just 140 characters, but those 140 characters could land you in a heap of trouble. Consider also the case of Paul Chambers, a British man who tweeted his annoyance that he wouldn’t be able to travel to visit his girlfriend because the airport was shut down due to snow.
“Robin Hood Airport is closed. You’ve got a week and a bit to get (it) together otherwise I’m blowing the airport sky high!” he tweeted to his 600-plus followers.
Tweet was considered “of a menacing nature”
Although an airport official said he hadn’t taken the threat seriously, the tweet was still considered a threat and a crime. The judge found him guilty of sending a menacing electronic message and levied a $1,500 fine, saying his tweet was “of a menacing nature in the context of the times in which we live.”
The charges didn’t stop Chambers from tweeting. Even during the proceedings, he continued to tweet about his case, shocked and angry that what he considered a joke had been taken so seriously. He blamed lower level judges for being unsophisticated about social media. It took him more than two years of legal appeals and cost him two jobs but a higher court judge finally agreed with him and overturned the decision.
Law enforcement are patrolling Twitter
Keep in mind that your tweets are public and law enforcement authorities are out patrolling Twitter-land, as part of their increasing social media strategy. A recent show on National Public Radio featured several police officers discussing how their departments increasingly are relying on social media. One law enforcement official told NPR that they are especially active on Twitter and other social media networks during big conventions or events.
Be careful what you tweet
Ultimately, the British man was successful in convincing a higher court judge that his tweet was harmless, but the lesson seems clear: be careful what you tweet. You wouldn’t want to test the system at a time when our country is at heightened security alert in the aftermath of the Boston bombings.
Photo credit: MDGovpics