We’re definitely treading on unchartered territory when it comes to the social networking site Twitter. Last week, we talked abut tweets that could land you in prison. And now we’re back to tell you the news doesn’t get any better when it comes to your tweeting teen.

The truth is that there are so many ways that he or she could get in trouble. First of all, teenagers often lack the maturity to restrain from making inappropriate comments or to think about the long-term consequences of what they’re tweeting. Not to mention that kids as young as seven are increasingly accessing social media. 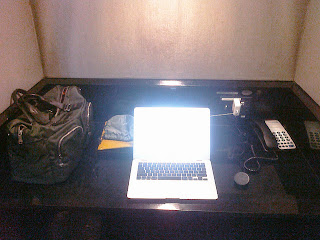 When it comes to tweeting, parents are most often concerned about cyberbullying, an act which could range from a violation of school rules that warrants suspension or, in extreme cases, is considered a crime and the teen is charged. But there are other ways that young people can get themselves in trouble.

Some tweeting teens in trouble:
Last month, a 17-year-old girl who was elected Britain’s first youth police commissioner found herself in the center of controversy after people complained that her tweets were offensive. Paris Brown resisted calls to step down from the one-year, taxpayer-funded post, a move supported by her boss.
“I absolutely do not condone the content and language of Paris’ tweets. I suspect that many young people go through a phase during which they make silly, often offensive comments and show off on Facebook and Twitter,” Kent police official Ann Barnes told the media. “I think that if everyone’s future was determined by what they wrote on social networking sites between the ages of 14 and 16, we would live in a very odd world.”

Teen tweeted a bomb threat
In Winnetka, Ill., a 16-year-old boy was arrested and charged with disorderly conduct after he sent out a Twitter message saying he was going to “bring a bomb to school and blow it up.”  Investigators later found out that there was no bomb and the boy’s case was referred to a peer jury.
“Words matter whether it’s said or on social media,” said deputy police chief Joe Pellus. “They have to recognize on social media a lot of the content is public and not private.”

Police Say Teen’s Tweet Was a Hoax
In New Jersey, 16-year-old Kara Alongi alarmed many in her community when she disappeared after tweeting that there was an intruder in her home and asking followers to call 911. Police later discovered it was a hoax and complained about the 6,000 calls they received during a 12-hour period.
But not all news is grim when it comes to teens and Twitter.

Teen’s Twitter Account Gains 500 Followers in Two Hours
A story making the rounds on Facebook this weekend was about a 15-year-old girl who created an anonymous Twitter account simply to give out compliments to friends. The girl was concerned about teen suicide after a friend killed himself and decided that the compliments might help teens dealing with low self-esteem. The account attracted nearly 500 followers within two hours.

The lesson for all of us is to teach our teens to use Twitter responsibly.