When should you be required to provide a DNA sample? 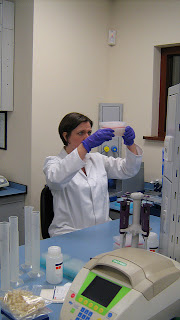 Should you be required to give a DNA sample if you’re arrested for punching someone? Current New Jersey law requires people arrested for certain violent crimes to submit a DNA sample, but an upcoming Supreme Court decision could cause that law to be suspended or expanded.
The Supreme Court is weighing a case that tests the Constitutionality of police gathering DNA evidence from crime suspects.
“This is the most important criminal procedure case this Court has had in decades,” said Justice Samuel A. Alito, Jr. during oral arguments in the case back in February, during which he said DNA “is the 21st century fingerprint.”
New Jersey law
The case stems from an incident in Maryland, but could cast doubt on laws in other states such as New Jersey, which allow law enforcement to collect DNA from anyone who is arrested for certain violent crimes.
Those crimes include: murder, manslaughter, second-degree aggravated assault; kidnapping; luring or enticing a child; engaging in sexual conduct with a child; and sexual assault.

Fourth Amendment vs. DNA sampling
At issue in Maryland v. King is whether states are allowed to collect DNA from people arrested and charged with serious crimes, in light of the fact that the Fourth Amendment protects people from unwarranted and unreasonable searches.
In their brief to the Supreme Court, Maryland officials said that a “quick and painless” swab of the cheek is minimal, a procedure that is no more intrusive than other procedures detainees must routinely go through as part of an arrest.

Maryland case
In the Maryland case, a man named Alonzo Jay King, Jr., was arrested in April 2009 on assault charges for pointing a shotgun at a group of people. He was later convicted of second-degree assault, a misdemeanor crime. During his arrest, police swabbed his cheek for saliva. The DNA sample was later found to match an unsolved 2003 rape. King was later convicted by a jury and sentenced to life in prison without parole.
King appealed, saying officers should not have taken the DNA sample during his arrest on assault charges. The Maryland Court of Appeals sided with King.

Is it premature to issue ruling?

The Supreme Court may well side with Maryland if they believe that DNA truly is the new fingerprint. But other justices voiced concerns about an individual’s right to privacy. The Supreme Court is expected to make a decision before it wraps up its session for the year.
In deciding the case, Supreme Court justices must weigh privacy concerns versus the government’s need to solve crimes. Another element that justices are considering is whether it is premature to make a ruling regarding a new technology which is still developing.
Crime victims’ advocates say the DNA evidence that is collected is crucial in solving crimes that would otherwise go unsolved.
New Jersey’s law regulating how DNA evidence is collected came under similar scrutiny back in 2011, when it was last expanded to its current version.