Ruling Upholds DNA Law in New Jersey and Other States 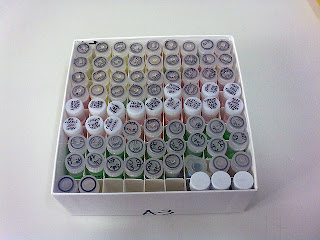 In a ruling earlier this week, the Supreme Court authorized police to collect DNA samples from people arrested for serious crimes.
The ruling effectively upholds laws in states such as New Jersey, which allow law enforcement to collect DNA samples from arrestees, not just those who have been convicted, of “serious” new crimes. The ruling did not define the “serious” crimes.
Supreme Court Ruling
“Taking and analyzing a cheek swab of the arrestee’s DNA is, like fingerprinting and photographing, a legitimate police booking procedure that is reasonable under the Fourth Amendment,” wrote Justice Anthony Kennedy in a majority 5-4 opinion.
All 50 states and the federal government take cheek swabs from convicted criminals to check for a possible match in federal and state DNA databanks. At issue in Maryland v. King was whether the Fourth Amendment, which guards against unreasonable searches, allows law enforcement to collect this information from people who have been arrested and not yet convicted.
The Supreme Court said the value of solving crimes outweighs the minimal intrusion in collecting a DNA sample from people arrested for serious crimes.
Maryland Case
The case in Maryland centers on a man named Alonzo Jay King, Jr., who was arrested in April 2009 on assault charges for pointing a shotgun at a group of people. He was later convicted of second-degree assault, a misdemeanor crime. During his arrest, police swabbed his cheek for saliva. The DNA sample was later found to match an unsolved 2003 rape. King was later convicted by a jury and sentenced to life in prison without parole.
King appealed, saying officers should not have taken the DNA sample during his arrest on assault charges. The Maryland Court of Appeals sided with King, essentially saying that police had violated King’s Fourth Amendment rights because he had not yet been convicted. Had the Supreme Court not backed the DNA sample, King would have been released.
New Jersey Law
New Jersey law allows law enforcement to collect DNA from anyone who is arrested for certain violent crimes.
Those crimes include: murder, manslaughter, second-degree aggravated assault; kidnapping; luring or enticing a child; engaging in sexual conduct with a child; and sexual assault.
“Suspicionless searches”
Four Supreme Court justices disagreed that the Fourth Amendment allows police to collect DNA samples from arrestees, which they called a “suspicionless searches.”
“Solving unsolved crimes is a noble objective, but it occupies a lower place in the American pantheon of noble objectives than the protection of our people from suspicionless law-enforcement searches,” wrote Justice Antonin Scalia in a dissenting opinion.
Crime victims’ advocates praised the ruling as helping law enforcement solve more crimes, but civil libertarians worried that the ruling would eventually allow law enforcement to collect DNA samples from people arrested for minor crimes.
If you have any questions regarding how the ruling could affect you, you can contact Aretsky and Aretsky attorneys at law.
Photo credit: agriculturasp