Suspects who want the right to remain silent must first speak up. 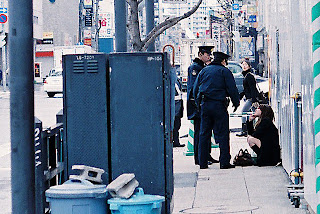 That’s the message from the Supreme Court in one of their recent rulings, which said that a suspect’s silence can be used against him or her unless that person has invoked the Fifth Amendment.
Miranda Rights
Police are legally required to read suspects their Miranda rights upon an arrest. One of these rights is an individual’s right to remain silent, contained within the Fifth Amendment in the Bill of Rights. The right to remain silent is to prevent people from incriminating themselves.
However, the recent Supreme Court 5-4 ruling says that suspects must verbally say they are invoking their Fifth Amendment right to remain silent. If they do not, their silence can later be used as evidence against them.
Invoking the Fifth Amendment
“Our cases have long required that a witness assert the privilege to subsequently benefit from it,” wrote Justice Samuel A. Alito, Jr. in the ruling. “… Before petitioner could rely on the privilege against self-incrimination, he was required to invoke it.”
The case Salinas v. Texas involved Genovevo Salinas, a man convicted of murder and sentenced to 20 years. During a one-hour police interview, Salinas readily answered an officer’s questions until he was asked whether ballistics testing would match his shotgun to casings found at the murder scene. Evidence was introduced at trial that Salinas had looked down at the floor and behaved differently at this point during police questioning.
Suspects Cannot Simply Remain Mute
Salinas unsuccessfully challenged the legality of presenting this evidence at trial, saying it should not have been allowed because it violated his Fifth Amendment rights by forcing him to incriminate himself.
But the Supreme Court found that previous cases clearly show that a suspect cannot simply remain mute to benefit from the right to remain silent. Salinas had willingly complied with the officer’s questioning up until that one question about ballistics, although he had not been arrested and thus had not been read his Miranda rights.
Does Ignorance of the Law Matter?
Ignorance of the law is not a sufficient reason to exempt someone from the responsibility of invoking the right to remain silent, Alito said in the ruling.
But four other justices disagreed.
“How can an individual who is not a lawyer know that these particular words are legally magic?” wrote Justice Stephen G. Breyer in a dissenting opinion.
Photo credit: Miki Yoshihito