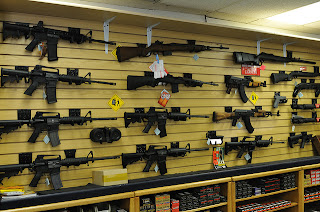 Among other things, the gun permit would be embedded on driver’s licenses or other state-issue ID card, and require an immediate background check.
Those were among 10 gun control bills recently passed by the Senate. There is no word yet on how the governor might proceed.
Bills Passed By Senate
Other bills passed by the Senate would:

All bills are part of a gun control package aimed at responding to the Dec. 2012 school shooting in Newtown, Ct., where 20 children were killed.
If you have any questions, regarding current weapons laws in New Jersey, you may call Aretsky & Aretsky attorneys at law.
Photo credit: Michael Saechang