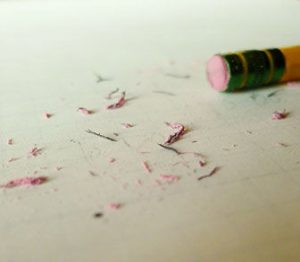 On April 18, 2016, the law signed by Governor Christie in January went into effect. It amends New Jersey’s Expungement Law, making it easier for nonviolent ex-offenders to clear their records.

Definition of Expungement
“Expungement” is defined in New Jersey law as “the extraction and isolation of all records on file…within the criminal justice system.” In simpler terms, it means that the offense is treated for the most part as if it never happened. Even more importantly, you are legally allowed to state that the arrest or conviction never took place.

Records That May Be Expunged
If a person petitions the courts to expunge a conviction in New Jersey and the court grants the expungement, then any of these documents that exist relating to that conviction would be eligible to be expunged:
complaints, warrants, arrests, commitments, processing records, fingerprints, photographs, index cards, “rap sheets,” and judicial docket records.

Why Records Are Not Destroyed
Records may be expunged (extracted and isolated) but not actually destroyed because they may be needed in the future. These are some of the reasons:
• the person is applying for employment in law enforcement, corrections, or the judicial branch of government;
• the person asks for another discharge;
• the expungement has been made in error; or
• the individual needs proof of the records.

The court can deny expungement if it finds that the need to keep the file available outweighs the benefit of expunging it or if the person’s record includes a conviction for a charge that is not eligible for expungement.

If an individual is convicted of a criminal charge after the records are expunged, then the expunged records will be restored and the offender will no longer have the right to petition the court for expungement.

2. Expungement of Crimes
There is a standard 10-year waiting period for the expungement of a crime, but this can be decreased to 5 years if the person can show that it is “in the public interest” to do so. This reduction in waiting time is known as “early pathways.”

3. Expungement of Disorderly Persons Offenses
If someone convicted of a disorderly persons offense has not been convicted of any prior or subsequent crime—whether in New Jersey or in any other jurisdiction—then he or she may apply to have the conviction expunged.

The new law reduces the waiting period for a disorderly persons conviction to be expunged from 5 years to 3 years. It is still necessary, however, to show that the expungement is “in the public interest.”

4. Expungement of Arrests Not Resulting in a Conviction
If an arrest does not result in a conviction, then the individual can petition to have all records of the arrest expunged. The amendment also provides for automatic expungement.

In many instances, the person petitioning for expungement is required to show that it is in the public’s best interest to do so. This can be accomplished in several ways; among those ways are improving one’s education, seeking job training, and participating in a substance-abuse program.

Some Criminal Records Cannot Be Expunged
Some crimes cannot be expunged in New Jersey. The following crimes are not eligible: kidnapping, luring or enticing, robbery, criminal restraint, arson, perjury, false swearing, aggravated sexual assault, aggravated criminal sexual contact, criminal homicide (except for death by auto), criminal sexual contact (if the victim is a minor), endangering the welfare of a child (sexual contact or film), drug distribution or possession with intent to sell (except 25 grams or less of marijuana or 5 grams or less of hashish), and charges that are dismissed because of insanity.

When an Experienced Criminal Lawyer May Help
The changes in New Jersey’s Expungement Law can help those ex-offenders who want to make a fresh start. In short, the new law gives them a second chance to become productive members of society.

Keeping up with the most recent laws in New Jersey and dealing with the court system can be confusing. If you have been convicted of a crime and think that it is eligible for expungement, it is advisable to seek the advice of a qualified attorney.

Contact Aretsky Law Group for more information and to connect with an experienced criminal lawyer.