The well-known MADD group is upset about an app that tells Southern California motorists where the DUI checkpoints are every night. 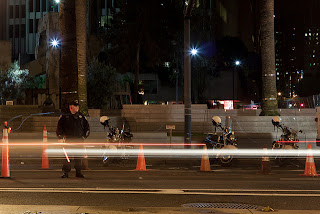 Sennett Devermont, who created the free app MrCheckpoint, told LA Weekly that he thinks he’s providing a public service by providing daily updates on police DUI checkpoint locations scheduled throughout Southern California. The app has nearly 42,000 followers and more than 20,000 text subscribers.
MADD Opposes MrCheckpoint
But MADD doesn’t see it that way.
The group whose acronym stands for Mothers Against Drunk Driving doesn’t equate MrCheckpoint with good deeds.
“While we support the publication of checkpoints as a deterrent to drunk driving,” LA Weekly quoted Pat Rillera, MADD’s executive director in Los Angeles and Ventura counties, “sites like MrCheckpoint alert drunk drivers so they can evade arrest. It’s not meant as a positive.”
New Jersey DUI checkpoints
There are several ways New Jersey motorists could find out about local DUI checkpoints, including the media and public service announcements made by law enforcement.
MADD has long been known as a zero-tolerance organization and keeps a tally of annual deaths due to drunk driving. The group says someone in the United States dies every 53 minutes due to a drunk driving accident. In New Jersey, 31 percent of traffic deaths are related to drunk driving, according to MADD. For more statistics about drunk driving in New Jersey, go here.
Drunk Driving Enforcement
MADD’s drunk driving enforcement fact sheet includes the following facts about sobriety checkpoints: