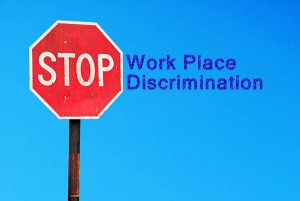 On June 21, 2016, the NJ Supreme Court ruled that employees may not be fired or held back from advancement due to the fact that they are in the process of divorcing or separating.

According to Reuters, the NJ Supreme Court voted 6-0 that the state’s Law Against Discrimination’s provision that prohibits discrimination based upon marital status also includes divorce, separation, and even being single. If the employee’s or prospective employee’s marital status has no bearing on job performance or on the environment of the workplace, then it should not be a factor in being hired nor in advancing to a higher position. The employer’s approval, disapproval, or concern regarding the worker’s marital status should not be a factor.

The case on which this decision was based was Smith v. Millville Rescue Squad et al. Robert Smith, a certified emergency medical technician (EMT), was employed by the Millville Rescue Squad, which is a private provider of medical transportation services in South Jersey. Smith’s wife was also an employee of the squad.

In 2006 after having an affair with a volunteer worker, Smith told his supervisor, John Redden, that his marriage was falling apart. Redden thought that an “ugly divorce” was sure to occur.

After 17 years of employment with the Millville Rescue Squad, the board fired him. They gave “poor performance” and restructuring as the as the reason for his dismissal.

Robert Smith filed a lawsuit against the Millville Rescue Squad, but the trial judge dismissed the case. Smith took the case to the New Jersey Supreme Court.

On June 21, 2016, the Supreme Court ruled that it was reasonable to assume that “discriminatory animus” was a factor in the decision to fire Smith. Judge Mary Catherine Cuff wrote the following for the Court: “An employer may not assume based on invidious stereotypes, that an employee will be disruptive or ineffective because of life decisions such as marriage or divorce.”

The Supreme Court sent Smith’s case back to the trial court.

This ruling reinforces the concept that an employer’s personal feelings about marriage, divorce, and separation should have no bearing on decisions to hire, promote, or fire and individual when that marital status does not affect performance.