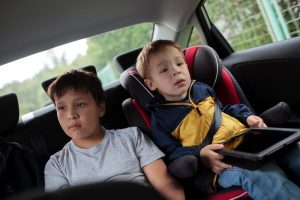 A custodial parent in New Jersey who wants to move to another state without the consent of the other parent must obtain a court order. In order to obtain that court order, the party wishing to move has to show that the request is being made “in good faith” and that the move will not harm the child in any way.

Some divorce agreements contain a non-relocation provision. Unless there is a specific exception referring to the reason the custodial parent wants to move out of New Jersey, a change in the agreement might be needed. Of course, if the other parent agrees, then there is no problem. However, if the other parent does not consent to the relocation, a change in the agreement must be negotiated or the party wanting to relocate out of the state must obtain a court order allowing the provision to be ignored. The Appellate Division of the Superior Court of New Jersey recently addressed such a situation.

Jaime Bisbing informed her ex-husband Glenn that she planned to marry a Utah resident and relocate from New Jersey to Utah with their twin daughters. This was despite the fact that she and Glenn had both signed a marital separation agreement with a non-relocation provision. Glenn did not give his consent, so Jaime asked the Superior Court of New Jersey, Family Part, to grant her request to relocate without a full and complete hearing, known as a plenary hearing. The Court granted her request and Jaime and the twins moved to Utah.

Glenn Bisbing appealed the Court’s decision. He cited the fact that Jaime had signed an agreement with a non-relocation provision; that provision stated that neither party would relocate out of New Jersey. Glenn noted that although there was a clause allowing for the possible necessity to move for employment reasons, there was no mention of any exception in order to remarry. Also, he believed that Jaime’s request was not made in good faith because it was made so soon after their divorce had become final.

The judges in the Appellate Division decided that the case warranted a full and complete hearing and sent it back to the Family Part with the instructions that a plenary hearing be held. That court will decide whether Jaime had negotiated the marital separation agreement in good faith and whether or not she should have anticipated the change in circumstances. If the Court finds that she made the request in good faith and that there was a substantial unanticipated change, then the non-relocation provision will be ignored and the Court will use the Baures standard to decide if she can relocate to Utah.

In 2001 the New Jersey Supreme Court listed twelve factors that should be considered when deciding whether or not to grant a request to relocate out of the state when the other parent does not consent. These factors comprise what is known as the Baures standard. They include the following:

Although the Baures standard places the burden of proof on the parent wishing to move, it generally favors that parent because it is necessary only to show that the request is being made in good faith and that the move will not harm the child.

Seek the Advice of an Experienced Family-Law Attorney

Recently a bill was introduced in the New Jersey Senate and Assembly that would have made it harder to obtain a court order to relocate out of the state. Rather that having to prove only that the move would cause no harm to the child, the proposed bill would have required the parent making the request to prove that the move would actually be in the best interests of the child. That bill died in committee and will not become law. However, it is wise to understand that laws do change and that you must be aware of those changes when facing important issues such as this!

If you want to relocate to another state with your child or if you want to prevent your child’s other parent from making such a move, it is crucial that you seek the advice of a qualified family-law attorney with experience in relocation cases and knowledge of legal trends and changes in the law. That attorney can help you negotiate an agreement that satisfies both parties; however, if that is not possible, you will need the assistance of someone who can advise you of your rights and options and who will advocate