People’s financial and medical situations change. Some of these changes lead to the need to modify an alimony agreement. In July 2017 the Superior Court of New Jersey, Appellate Division, heard a case on appeal from the Superior Court of New Jersey, Chancery Division, Family Part, Camden County. It involved an ex-husband’s request for a reduction in alimony based on a change in circumstances due to the loss of his job. The Family Part judge had refused to grant the modification.

The case in question was Beden v. Beden. Mary Beden and Lance Beden had been married for about 30 years when they divorced in 2010. Their property settlement agreement stipulated that Lance would pay Mary $800 per week in permanent alimony. This alimony was to stop only upon the death of either party or the event of Mary’s remarriage.

Lance fell behind in his payments, and in October 2014 Mary went to family court to have his alimony obligation enforced. The judge ordered Lance to pay what he owed and to sell the marital home the couple had shared in order to meet his obligations. Lance did not appeal this decision but neither did he comply. 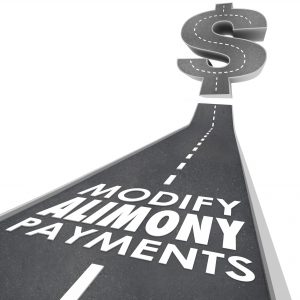 Lance then asked that his alimony obligation be reduced retroactively. He claimed that he had been laid off and could not find a comparable job.

In July 2015 the court ruled against Lance, noting that he had not proved that his circumstances had been changed substantially, and refused to grant his request for a modification in alimony. The judge reasoned that a 59-year-old man with a college degree in electrical engineering and many years of experience should be able to find employment.

Family Part judges are presumed to have expertise in these matters; therefore, they are given a great deal of discretion. The Appellate Division does not overturn their decisions without good cause.

The burden of proof is always on the party requesting the change. This is true whether the payor is asking for a reduction or the payee is requesting an increase.

In order to convince the Appellate Court to vacate a trial court’s order, the party appealing the ruling must show that the trial court either abused its discretion or failed to consider all pertinent legal aspects of the case.

Change in circumstances can be a valid reason for requesting a modification of alimony, either a reduction or an increase. These are among the occurrences that might lead to that request:

The Alimony Reform Act provided courts with some guidance regarding whether or not a payor’s change in circumstances justifies a reduction in the amount of alimony. According to the statute, judges should consider the following:

In this case the burden of proof was on Lance Beden to convince the Court that the change in circumstances was enough to warrant a reduction in his alimony obligation.

In order to claim a change in circumstances, Lance Beden was required to prove that he made a whole-hearted effort to find a new job.

The record showed that his job search comprised these steps:

As part of its unpublished ruling, the Court explained that it did not agree with Mr. Beden’s conclusion that there were no jobs for someone with his credentials. It did not believe that he had made a good faith effort to find a suitable job.

The Appellate Division denied Lance Beden’s request to vacate the Family Part’s ruling. Mr. Beden was ordered to pay alimony in the amount agreed upon in the property settlement.

Because this was an unpublished ruling, the decision is relevant for this case only.

Alimony modification is possible, but it is often difficult to achieve. The party requesting the change has the burden of proof. If the judge is convinced that the change in circumstances exists and that the case has merit, then the court will order a plenary hearing.

These matters are complex, and you should seriously consider hiring a qualified NJ divorce and family law attorney to assist you and guide you through the process if you are either requesting a modification or fighting one.