The complaint accuses the eleven defendants of negligence. In a wrongful death suit, the plaintiff must establish legal liability by proving that the defendant owed a duty of care to the patient, indicate that the defendant breached this duty of care, and lastly, that the breach of the duty of care directly caused the wrongful death. In the case of Nelson, the attorney representing Braker must make a strong case to prove that Nelson’s death is directly caused by the medical professionals’ failure to recognize and mitigate the concerns surrounding the administration of anesthesia.

According to the attorney representing Sheronda Braker, “Nelson would ‘absolutely’ still be alive today if [the defendant] had noticed the red flags and never started the procedure”. As such, providing sufficient evidence linking the defendant’s lack of oversight to Nelson’s death will be critical to succeeding in the lawsuit.

A final important element of wrongful death case is establishing damages. According to the New Jersey Wrongful Death Act, only pecuniary damages may be awarded to the plaintiff in the event of a victory. As the Act describes, “the purpose of the award is the replacement of services that the decedent would have rendered and nothing more”. This includes loss of income, loss of services, and funeral expenses. Each of these figures is typically deduced by a court-appointed economist. 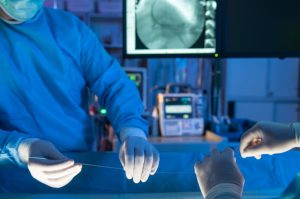 Medical malpractice is one of the leading causes of wrongful death lawsuits in the United States.

Unfortunately, medical malpractice lawsuits are commonplace. In fact, over 300,000 premature deaths are attributed to medical malpractice in the United States each year, following car accidents. At Aretsky Law Group P.C., we recognize the grievance, and frustration that a wrongful death can have on your family. Our dedicated team of Bergen County wrongful death attorneys will work with you and your family to help navigate the legal complexities of a wrongful death suit and help you to regain an element of composure in your life following the death of a loved one. Keep in mind that due to the statue of limitations in New Jersey, your wrongful death claim must be filed within two years of the incident.