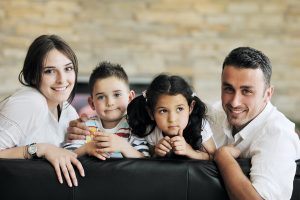 Balancing a job, child care, and elder care can seem like a daunting task. This is even more difficult for single parents and families dependent upon two incomes to make ends meet.

The federal Family and Medical Leave Act (FMLA) grants eligible employees of covered employers the right to take up to 12 weeks of job-protected, unpaid leave in a year to care for a newborn and up to 26 weeks to care for a seriously ill family member; however, there are two problems in that statement: “eligible” and “unpaid.” Many employers are not covered by the act, and less than half of the nation’s workers are eligible. What’s more, many employees who do qualify for the unpaid leave cannot afford to take off from work without getting paid.

In April 2016 New York State made the news by becoming the fourth state to offer paid family leave. The other three, in chronological order, are California, New Jersey, and Rhode Island. All four states built their programs on Temporary Disability Insurance (TDI) programs already in place.

Conditions That Must Be Met
Certain criteria must be met in order for an employee to be eligible for paid family leave under this law:

1. The employer must have 50 or more employees, including those in other states.
2. The 50 employees must have worked 20 or more weeks during the current or previous year.
3. Specific wage requirements must also be met for the year preceding the family leave.

Exceptions
The employer has the right to deny family leave if that leave would have an adverse effect on the business provided one of the following conditions applies:
• The employee’s salary ranks in the top 5% among the company’s employees.
• The employee is among the 7 highest paid in the company.

Circumstances That Entitle an Employee to Benefits
Under the New Jersey Family Leave Act an employee is eligible for 6 weeks of paid family leave for the following reasons:
• to care for a newborn baby or newly adopted child within 1 year of the baby’s birth or placement; or
• to care for a family member with a serious health condition.

Eligible family members include a parent, a child under 18, a spouse, and a civil-union partner. Anyone with whom the employee has a parent-child relationship is considered by the state to be a parent; this includes adoptive parents, step-parents, in-laws, and foster parents as well as birth parents. Although not covered under this act, the care for the employee’s own disability is covered under the state’s Temporary Disability Insurance program; this includes pregnancy.

Who Pays for the Benefits?
Employees pay for these benefits through a small added payroll tax; the money goes into an insurance pool.

Disputes
If an employee believes that he or she is entitled to family leave but the employer disagrees, the employee can file a complaint with the NJ Division of Civil Rights. If that is done, the director of that office would decide the case. The employee may choose instead to have the case tried in the New Jersey Superior Court. Either way, it is important to obtain the advice of an experienced attorney who knows the law and can advise you of your rights.

A Recent New Jersey Case
Acting Attorney General John J. Hoffman and Craig T. Sashihara, Director of the Division on Civil Rights, announced on March 1, 2016, that a pediatric medical group had agreed to pay a former employee $45,000 to resolve allegations that it wrongly fired her for taking time off to be with her terminally ill father—time she took under the New Jersey Family Leave Act.

In March 2014 Allison Blair was fired from her job at a pediatric medical group for taking family leave in order to care for her dying father. Her employer claimed that she did not follow the appropriate protocol and did not fill out the required paperwork in time. The employer cited the fact that she had used up her normal paid leave time and that she had been warned about several infractions before taking leave.

Blair took the case to the NJ Division of Civil Rights, and on March 1, 2016, Acting Attorney General Hoffman and Director Sashihara announced that Tenafly Pediatrics, although admitting no wrongdoing, had agreed to pay Blair $45,000.

The director was pleased with the settlement, finding that Blair was eligible according to the criteria and that the infractions and previous absences had no bearing on the case. In addition to the payment, one of the conditions that the director imposed was that the employer must post the law so that employees would be aware of their rights and obligations under the law.

Division Director Sashihara had this to say: “An employee should not have to be forced to choose between keeping his or her job and tending to the serious health condition of a family member. New Jersey’s family-leave laws were created to maintain the integrity of the family unit, and our commitment is to ensure that employers respect and adhere to those laws.”