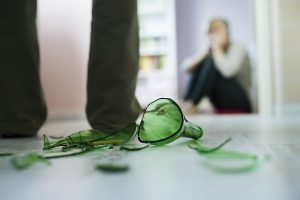 On May 25, 2016, Amber Heard filed for divorce from Johnny Depp, her husband of fifteen months. She named “irreconcilable differences” as grounds for divorce. Heard also asked for temporary spousal support, but that request was denied.

A few days after filing, Heard asked for and was granted a temporary restraining order against her estranged husband. Although Depp maintains that the charges are false, Heard stated that she was a victim of physical and verbal domestic abuse.

The two main issues involved in this high-profile case are spousal support and domestic violence.

Heard asked for temporary spousal support in order to maintain the lifestyle she enjoyed while married to Depp.

Depp’s attorney argued that Heard was a successful model and actress and should be able to maintain a high level of living on her own.

Because there is no prenuptial agreement, the courts will eventually make a decision regarding spousal support unless the two parties reach an agreement on their own before the judge issues the final order.

Claiming that she was a victim of several acts of verbal and physical abuse, Heard requested a temporary restraining order against Depp. Her sworn declaration stated that she “endured excessive emotional, verbal, and physical abuse” throughout their marriage. She said that she was the victim of “angry, hostile, humiliating, and threatening assaults” whenever she disagreed with him or questioned his authority.

Heard cited a recent incident during which Depp allegedly threw an iPhone at her, hitting her in the face. The police came to their home at some point during the night of the alleged incident; however no arrest was made. Although Heard stated that the police officers saw her injury, the officers said that they did not see any visible signs of injury and that Heard did not tell them that she had been assaulted. One of those two conditions would have been necessary if they were to make an arrest.

What if This Case Were in NJ Instead of CA?

Would anything substantive have changed if New Jersey laws were in effect?

In both states the duration of the marriage is a factor in determining whether a spouse should receive spousal support and for how long. As a result of New Jersey’s Alimony Reform Bill of 2014, alimony for marriages that lasted less than 20 years can only be granted for as long a period of time as the length of marriage unless the judge determines that unusual circumstances warrant the awarding of support for a longer period of time.

Whether in California or New Jersey, Heard would likely have to prove that the extravagant lifestyle she enjoyed because Depp’s wealth is so much greater than her own amounts to “exceptional circumstances” that warrant the granting of spousal support for more than the year and a half that the marriage lasted.

Although many people think of physical violence when they hear the term “spousal abuse” or “domestic abuse,” there are other forms of abuse as well. Many abusive behaviors, such as the verbal abuse Heard claimed she suffered, can be classified as emotional or psychological abuse.

These are the guidelines for making a domestic violence arrest in New Jersey:

occurred, and the officer(s) must determine if there is cause for an arrest.

The same reasons that the police officers who came to the Depp home on the night of the alleged phone-throwing incident did not arrest Depp would apply in New Jersey. Although Heard claims otherwise, the officers said that they did not see signs of injury and Heard did not tell them that she had been assaulted.

Domestic violence is a serious problem in New Jersey and throughout the nation. Every year many thousands of women—and men—are abused physically, emotionally, and psychologically by family members and significant others. Women in households of less than $50,000 in income are most susceptible. Unlike Amber Heard, many do not have the resources needed to support themselves.

There is another side to this problem, however. Occasionally false claims of domestic violence are made in order to better one’s bargaining position in a divorce. At this point only Johnny Depp and Amber Heard know the true facts regarding the claims of domestic abuse.

The outcome of the Heard v Depp case is yet to be determined. Their hearing, which was scheduled for June 17, was postponed, but the temporary restraining order was extended until August 15. There are many millions of dollars at stake as well as the important matter of possible domestic abuse. Without a prenuptial agreement, unless the two parties reach an agreement first, the judge will determine how much spousal support Heard receives and for how long.

If you are the victim of domestic violence, have been falsely accused of domestic abuse, or have issues regarding spousal support, our skilled divorce and family law attorneys can help. We are available to take your call 24 hours a day, 7 days a week.