Bicyclist Who Crashed Into Pedestrian Convicted of Felony Manslaughter 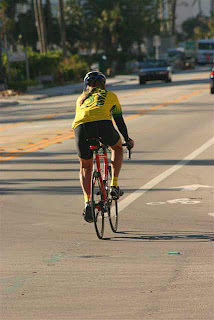 A San Francisco man has become the first bicyclist in the United States ever to be convicted of felony vehicular manslaughter for plowing through an intersection and colliding with a man who later died of his injuries.
The case is interesting for the precedent it sets regarding the legal responsibilities of bicyclists, who may face serious criminal charges for failing to ride their bikes responsibly.

Case Could Set a Precedent
Since the conviction was announced last week, biking blogs and other transportation safety advocates have been abuzz with related discussions, including the difficulties that bikers face on the streets. The case could set precedent for how other municipalities, including those in New Jersey, handle cases of vehicular homicide involving a bicycle.
Chris Bucchere, 37, agreed to plead guilty to felony vehicular manslaughter in order to avoid jail time. In California, felony vehicular manslaughter carries a possible sentence of up to six years in prison; misdemeanor vehicular manslaughter is punishable by up to a year in jail. In exchange for his guilty plea, the bicyclist avoids jail time and instead has been ordered to perform 1,000 hours of community service and will be on three years of probation.
Bicyclist Collided With 71-year-old
Bucchere was riding his bike in the Castro neighborhood on March 29, 2012, when he encountered an intersection with crossing pedestrians. Prosecutors say Bucchere had already run a couple of red lights before he ran a third red light, colliding with 71-year-old Sutchi Hui, who was crossing with his wife. Hui suffered blunt force trauma and died a few days later from his injuries.
“This tragic death caused by a bicyclist illustrates the worst-case scenario when traffic laws are not obeyed,” District Attorney George Gascón said.
Defense Says Bicyclist Crossed on Yellow Light
The defense attorney said Bucchere went through the intersection when the street light was still yellow. However, prosecutors said surveillance cameras showed that Bucchere did not try to stop and ran the red light. They also said some witnesses reported the bicyclist running through stop signs and red lights minutes before the accident.
Bucchere further complicated his case when he posted his thoughts on an online bicyclists message board after the accident, evidence which prosecutors used against him.
“Too Committed to Stop”
“I was already way too committed to stop … I couldn’t see a line through the crowd and I couldn’t stop, so I laid it down and just plowed through the crowded crosswalk in the least-populated place I could find,” the post said. “… I hope he ends up OK.”
Photo credit: Elvert Barnes