An Unpaid Internship Is Not Free Labor

It’s long been a tradition that college students can gain on-the-job training and experience through internships. 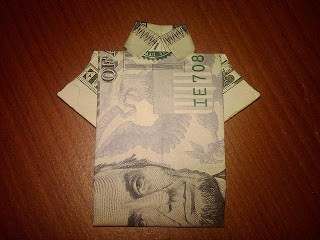 Some of these offer a modest wage. Others offer nothing at all. More often than not, internships are unpaid. Employers figure they are willing to spend time teaching a novice in exchange for . Interns figure they will gain valuable experience that will help them get a foot in the door of their chosen field.
Even the attorney general in New Jersey offers unpaid internships.
Former Interns File Lawsuits
But unpaid internships have come under the magnifying glass recently as former interns have filed lawsuits, contending they should have been paid for the work they did. The latest one was just filed on Monday.
The latest case involves a former intern who alleges that he should have been paid while working for Atlantic Records because he was essentially doing the work of an employee without receiving any special training or education. He says in the lawsuit that he often worked more than 40 hours a week without receiving any overtime pay during his internship from October 2007 to May 2008. The suit, which also names Warner Music Group, was filed as a class-action lawsuit in the state Supreme Court in Manhattan in case other former interns want to join.
The lawsuit is the latest in a spate of others filed by former interns.
Federal Judge Rules in Favor of Former Interns
Another lawsuit filed last week by two former interns at W Magazine and The New Yorker alleges that parent company Conde Nast Publications failed to pay them the minimum wage. A similar lawsuit is pending against Hearst Magazines. More information about those lawsuits can be found at Unpaid Interns Lawsuit.
One federal judge is siding with two interns who say Fox Searchlight Pictures violated minimum wage and overtime laws for not paying interns who worked during production of the 2010 movie “Black Swan.” U.S. District Judge William H. Pauley III found that the interns did the same work as regular employees, providing value to the company while doing low-level work that didn’t require specialized training.
PBS talk show host Charlie Rose, the target of a similar lawsuit, last year agreed to pay up to $250,000 to former interns who wanted back pay for work they did while working for him.
What can you do as an employer?
All these lawsuits can certainly make you pause if you’re an employer who offers an unpaid internship program, even just for one person every year. How do you make sure you’re not vulnerable to a lawsuit?
In general, an unpaid internship should be set up to offer the intern an educational opportunity and not just be free labor for the employer. There are several criteria that must be met in order for an unpaid internship to be unpaid.
We at Aretsky & Aretsky specialize in employment law and can help you determine whether your internship program meets the criteria to be unpaid under federal and state labor law.
Photo credit: timomcd