Kim Kardashian finally was able to close the books on her marriage to a basketball player after a legal battle that lasted about 19 months. She was married for less than three months. 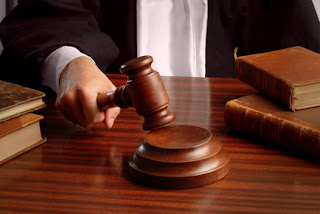 Why did it take Kardashian so long to finalize a divorce on such a short marriage?
Kardashian and basketball star Kris Humphries actually had a prenuptial agreement, which usually paves the road for a quicker divorce agreement. But Humphries wanted an annulment, claiming that Kardashian married him only for the publicity for her reality TV show.
Annulment Erases A Marriage
An annulment would have erased the marriage from the books, which legally would make it appear as though the marriage never happened.
In the end, the couple ended up getting a divorce.
What many people learn about annulment from watching TV is that a short marriage can be annulled. Annulment, however, is more complicated than that. Certain criteria must be met, making it more difficult to obtain than a no-fault divorce in some cases.
Each state has variations on their own annulment laws but people most often have to prove their spouses committed some sort of fraud.
New Jersey Annulment Law
In New Jersey, the law states that possible causes for annulment include: