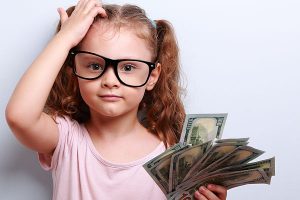 On March 22, 2016, Judge Lawrence Jones of the Ocean County Superior Court in New Jersey released an unpublished ruling regarding Kayahan v. Kayahan, parent’s dealing with divorce and child support issues. In his ruling he stated that in some cases a noncustodial parent may pay a portion of compulsory child support directly to a child over the age of 18 rather than to the custodial parent.

Mr. Kayahan, the defendant, father and noncustodial parent, filed a motion with the court to emancipate his daughter, in which case he would no longer be required to provide child support. Alternatively, he asked that the amount of child support be reduced and that he be allowed to pay his child, given the pseudonym Dina by the judge, directly.

Because Dina, who had recently graduated from community college, was about to enter a university as a full-time college student, the judge refused Mr. Kayahan’s request to emancipate her. Citing the fact that Mr. Kayahan’s income had been greatly reduced since the last court-ordered child support obligation was determined, the judge did rule in his favor regarding his request to reduce the amount he was required to pay. However, he ruled against him in his request to pay Dina directly. What is important about the ruling, however, is that he stated that in some cases it would be appropriate to pay a child over the age of 18 directly.

In his legal analysis of his findings, Judge Jones cited a few previous cases that supported his opinion. The most recent was Jacoby v Jacoby. In that case the court stated that it “may be more appropriate for a parent to provide direct payments to the student for some of the child’s support needs rather than to the other parent.” Although the court in this case left the matter undecided, it did open the door for this line of reasoning.

Judge Jones explained why direct payments of child support to the child might be beneficial as well as what some potential problems might be:

The court made it clear that the decision to grant permission must be made on a case by case basis and that the child in question must be over 18 years of age.

In an effort to safeguard against the possible drawbacks, Judge Jones suggested that several factors be taken into consideration. The following is a brief summary of the ideas expressed:

Because Mr. Kayahan’s income had greatly decreased since the amount of child support was last mandated, Judge Jones granted his request for a reduced payment. Despite the fact that Dina had shown a high level of maturity and was, in fact, working part time in order to earn the money to pay for a portion of her college expenses, the court ruled against Mr. Kayahan in his request to pay Dina directly. The reason he ruled against him was that the income of Mr. Kayahan’s ex-wife had also decreased. Dina still lived with her, and without her child support payments it would be impossible for her to maintain the household.

It is too soon to know what the effects of this ruling will be, but it stands to reason that it could be used as guidance in future cases of child support matters.