Five Easy Things You Can Do to Help Your Case
What are the odds that the average U.S. police officer doesn’t speak fluent French?
New Jersey Motorist Damion Prashad figured the odds were in his favor when he allegedly tried to avoid arrest on drunken driving recently by pretending he only spoke French. Except that Damian Prashad didn’t speak fluent French and the officer arresting him did. Prashad ended up getting arrested on charges of hindering his apprehension, driving with a suspended license, driving while intoxicated, reckless driving, failure to observe a traffic control device, improper backing and failure to exhibit valid registration and insurance.
That motorist could have avoided at least the charge of hindering his own arrest by not lying to police about his language skills. 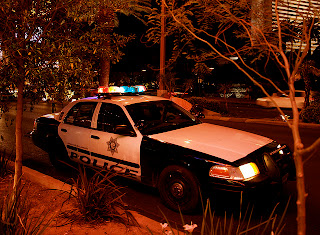 Would you know how to behave if you were pulled over? It may be helpful to know that there are things you can do from avoiding a DUI arrest if you are stopped by a police officer for investigation of drunk driving.
Don’t panic. First of all, do your best to stay calm. Officers will be watching you carefully for signs of intoxication and any signs of nervousness or agitation will be noted and can be considered a possible symptom of intoxication.
Be prepared. Make sure your license, registration and proof of insurance are within easy reach so that an officer doesn’t see you fumbling for the documents when you are asked for them.
Be respectful. Reese Witherspoon’s arrest perfectly illustrates how the situation can spiral out of control if someone is disrespectful of police, particularly when officers are in the midst of an investigation.
Be brief. Remember that any information you provide to the officer regarding how many drinks you may have had, where you’ve been, etc. can all be used against you later in court. It is best to be brief when answering an officers’ questions and don’t volunteer any extra information.
Don’t lie. Any inconsistencies in your statements can compromise your credibility and be used against you.
Know your rights and responsibilities before you’re stopped by police. Better yet,  don’t give police a reason to stop you. It is always best not to drink and drive, but if you happen to be arrested for suspicion of DUI, contact an experienced DUI attorney who can discuss in detail with you the best way to proceed in defending yourself against DUI charges.
Photo credit: Alex E. Proimos