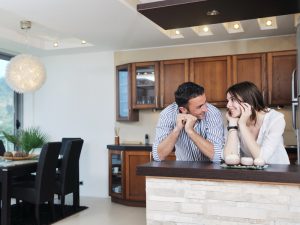 You have probably heard the terms “common law marriage” and “palimony.” A common law marriage is one in which two people live together for a long time without the formality of a marriage license, a wedding ceremony, or a marriage certificate. The pair present themselves to the public as a married couple. Palimony is an informal name given as spousal support to one of the parties when such a relationship dissolves.

Some states recognize common law marriage. In those states, couples in this type of arrangement are afforded many of the same benefits as those in traditional marriages. What you might not know is that New Jersey is not among those states.

Cohabitation, or living together without getting married, has increased steadily over the past several decades. Some remain together until the death of one of the parties. However, many of these relationships last several years and then dissolve. When they do, one of the parties often sues the other for spousal support, or palimony.

Palimony lawsuits became very common. Partly because of the increase in such suits in the state, NJ lawmakers saw the need to take action. The problem was addressed in an amendment added to New Jersey’s statute of frauds.

The amendment requires several types of contracts to be made in writing. Among those covered were prenuptial and cohabitation agreements. Oral promises regarding these issues would no longer be recognized in the state.

Get It in Writing!

According to the statute, three conditions must be met in order for a cohabitation agreement to be enforceable:

If these three conditions are not met, then the agreement will not be binding on either party.

If you are in a long-term relationship and do not have a written agreement or if you are about to live together with your significant other, then it is important that you have a contract drawn and that you and your partner each has a lawyer review the document. Remember, oral promises made by your partner will not be binding.

What Should Be Included?

Each situation is different, but the following are some of the most important issues that should be addressed in a cohabitation agreement:

Cohabitation agreements are important not only to protect the parties in case they terminate their relationship, but also in case one of them dies. If there is no agreement, then the party needing support will have to fight their partner’s estate to try to get what was promised orally. The court has ruled that if the agreement is in writing and if each party had independent counsel during its creation, then the contract will be enforceable upon the death of the other party. If there is no such contract, you will not be able to rely on any promises that might have been made.

If you are in or about to enter a cohabitation relationship, you should obtain the assistance of a New Jersey attorney with experience in such matters.