Police officers can no longer force people suspected of driving while drunk to take a blood alcohol test without a warrant. Officers must request a search warrant with corroborating evidence if the motorist declines a blood test during a DUI stop. 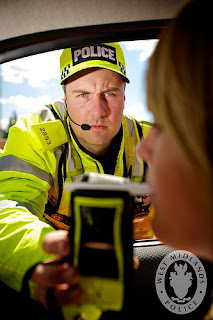 In a ruling announced earlier this week, the Supreme Court said that police officers can order a blood test from people they believe have been driving under the influence of alcohol only if they have a search warrant, except in an emergency or other unusual circumstances.  The Court found that most DUI stops did not, in and of themselves, constitute an emergency.  The decision basically upholds a person’s Fourth Amendment right against unlawful searches, which the court said includes forced blood tests.

A search warrant is not necessary during emergencies

So what constitutes an emergency that would make a warrant unnecessary?
The ruling said an emergency must be determined on a  case by case basis taking into account all the circumstances surrounding each case. An accident involving a potential death would likely fall in that category. Specifically, the ruling states:
“The question presented here is whether the natural metabolization of alcohol in the bloodstream presents a per se exigency that justifies an exception to the Fourth Amendment’s warrant requirement for nonconsensual blood testing in all drunk-driving cases. We conclude that it does not, and we hold, consistent with general Fourth Amendment principles, that exigency in this context must be determined case by case based on the totality of the circumstances.”
The Supreme Court ruling this week stemmed from a case in which a man, Tyler McNeely, was stopped by a police officer in Missouri for speeding and crossing the centerline. The man declined to take a breath test, then was taken to a nearby hospital where the officer directed a lab technician to take a blood sample while McNeely remained handcuffed. McNeely tested above the legal limit but successfully challenged the legality of the blood test based on his Fourth Amendment rights.

The Fourth Amendment does make an exception for emergency situations, which the state of Missouri said is the case with DUI stops. The state of Missouri tried to argue  that DUI stops can be considered emergencies because blood-alcohol-content dissipates as time goes by, making it necessary to ensure DUI suspects submit to timely blood tests. “Evidence is literally disappearing by the minute,” the state of Missouri said in its brief to the Supreme Court. But the Supreme Court noted that the arresting officer in the case said he had obtained search warrants in a timely fashion before, but that he simply didn’t think it was necessary during the arrest in question. The Court said that, in most cases, prosecuting attorneys and judges are on call anytime to consider issuing warrants. As a matter of fact, at least 30 states provide electronic warrant applications, the Court noted.
Whether police officers have enough guidance to decide whether a warrant is necessary is a concern voiced by the state of Missouri. The Supreme Court, however, warned against taking a “broad categorical approach” to the Fourth Amendment.
A word of caution on this ruling: Refusal to take a blood test can later be used as evidence against you. Motorists in many states can stand to lose their license if they refuse to take a blood test. We highly recommend that you obtain legal counsel to make sure you know your rights and responsibilities.
Photo credit: West Midlands Police