Being a single parent in Ridgewood is not easy, especially when you and your child’s other parent do not see eye-to-eye when it comes to how your child should be raised. While parents should remain focused on what is best for their child regardless of whether they (the parents) remain in a committed relationship, this does not always happen. It is just as likely as not that one parent will attempt to use the child and access to the child as a bargaining chip in order to obtain other concessions from the other parent. 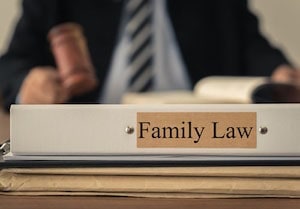 Aretsky Law Group, P.C. believes your relationship with your child is precious and should be defended at all costs. Our experience and knowledge can be of use and assistance in your child custody dispute regardless of whether the dispute is hotly contested or whether you and the other parent generally get along well. Our goal is simple: we want what is best for your child and we want you to be able to play a significant role in your child’s life. Call Aretsky Law Group, P.C. today at 800-537-4154 to discuss your legal needs and situation.

When divorced or separated parents have a child in common and they cannot agree on issues such as which parent the child will reside with, how decisions about the child’s welfare and upbringing will be decided, and/or which parent will get to spend which holidays with the child, courts must step in and make these decisions for the parents. There are three general types of orders that a court in this situation will issue:

Once these orders are accepted by the judge overseeing your case and filed with the local court clerk, these orders become binding and must be followed. If you or the child’s other parent refuse to follow these orders once approved and entered, you may be subject to a finding of contempt (which can require you to pay fines and penalties and/or serve a sanction in jail).

Your circumstances and those of your child will not stay the same forever. You may meet someone special in a new town, or your child may have trouble adjusting to rules at the other parent’s home. Courts generally prefer that a child’s life be stable and predictable; however, in certain circumstances you may be able to modify custody orders and/or parenting plans.

Reach out to our Experienced Ridgewood Child Custody Lawyer Today

Call 800-537-4154 to speak with Aretsky Law Group, P.C. about your child custody dispute or parenting time issues and let us help you achieve a favorable outcome.